Yogyakarta is a sweet and smallish city  of 1-2 million people in the region of Java Indonesia. It is known for it’s ties to historical arts, batiks, drama and dance. We only spent 3 days in “Jogja,” and basically all of that time was spent talking with incredibly interesting people who I will talk about in later posts. So, we didn’t get to see much of the city. The night before we left, our driver took us for a drive in the old city center just so we could see it.

Driving down the main strip, on a Tuesday evening at 7pm, the place was jumping like South Beach on a Saturday night – except it was jumping with EVERYBODY from age 2 to age 92. People eating, drinking, shopping or just taking it all in like us. In front of the Sultan’s palace is a very large plaza-like square. Here, we saw the amazing lights of Yogyakarta… 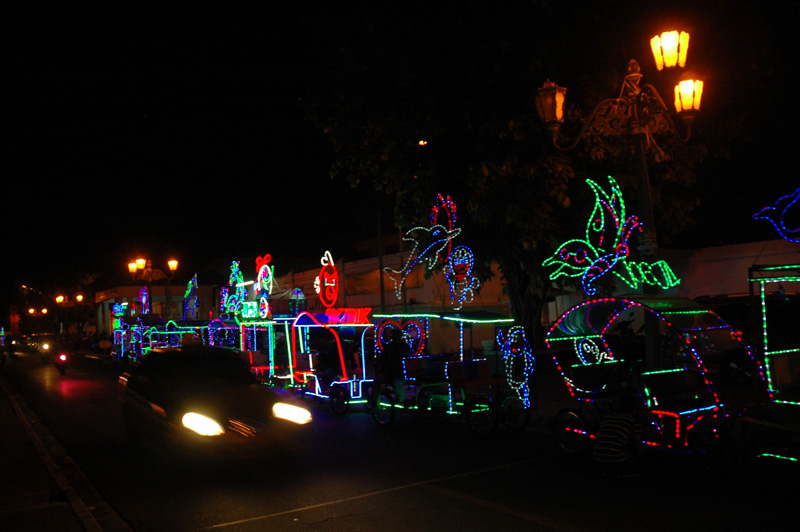 On all 4 streets bordering the Square are little rentable “cars” made up of lights. They are so cute, and there are maybe 100 different ones! 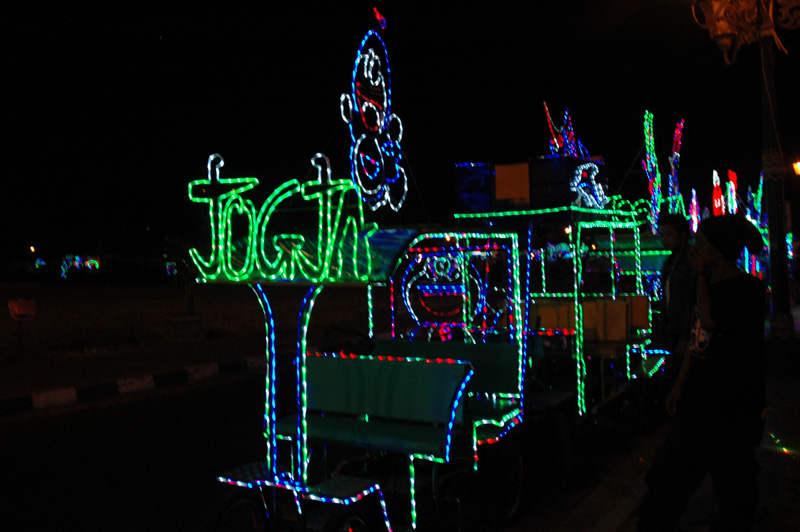 More light cars…and in the middle of the square are vendors, all with decorated light stands selling little flying things with lights. It’s a very consistent theme of the square, having nothing to do with anything except an idea somebody had that took off. 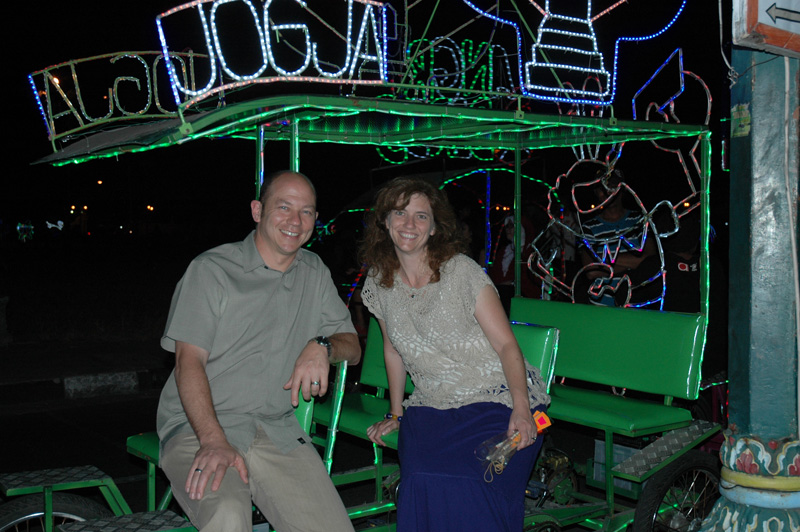 Here are Aly and I enjoying the lights of “Jogja” (short for the full pronunciation, “Jogjakarta”)

4 thoughts on “The Lights of Yogyakarta”